The next stage in my quest to transform my team into a ‘great team’ was to continue to better understand me, to learn what it was that I was doing that was having a negative impact on the time, and to work out how to perform my role better.

After a few more months of putting in place my actions something still wasn’t clicking. The team still didn’t feel right. Something just felt like it wasn’t working. So to help me understand what the issues were, I turned to the brilliant Unstuck app again.

Following through with the self analysis helped me identify why I was still feeling stuck – as shown below: 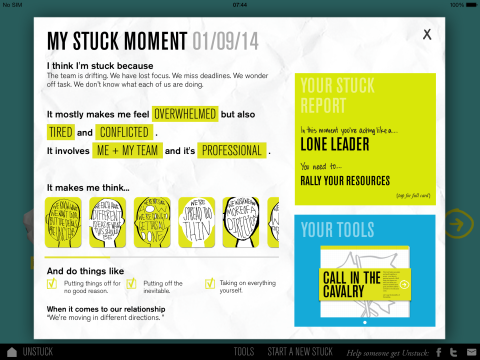 That was it. The app had hit the nail on the head.

I was being a ‘lone leader’.

This was a problem I had had in all my career. I had always struggled to delegate, to share the pressure, to ask people for help. I had always felt that the responsibility of the tasks sat with me so I had to do them. I knew that if I do them they would be done well. I trusted myself to do them. But it was slowly making my drown and feel overwhelmed at work. It was stopping the rest of the team buying into where we were going. I was being a blocker again.

But the great thing about the Unstuck app is, that it doesn’t just leave you there. It makes you feel that you are not the only one in the world who is a lone leader. The amazingly talented Alicia Keys had also been a lone leader! In fact, the app was also telling me that 17% of the Unstuck community were having a lone leader moment. 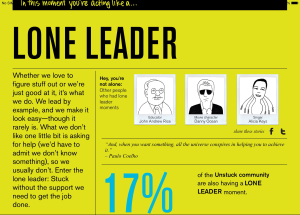 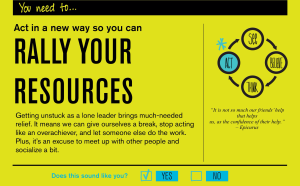 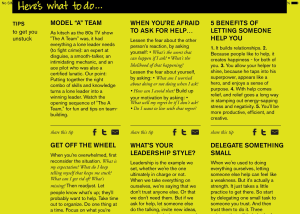 And once I knew what the problem was, the tools within the app then helped me make a realistic and doable action plan to move forward.

It was time to call in the cavalry! 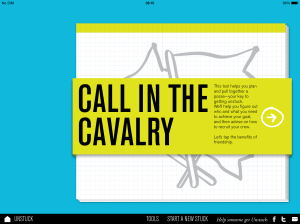 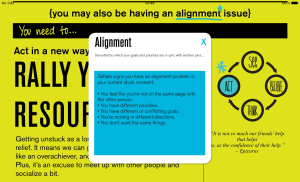 What the app also taught me was that we needed to better aligned in the team. Part of that would come from me stopping being a lone leader. But part of it would need more focus, energy and deliberate actions from me.

3 thoughts on “Time to stop being a lone leader” 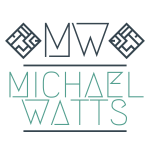 Get in touch with me

A product of Burning Leaf Creatives.